Titan Fans get ready! Cristin Harber has just revealed the cover for upcoming release of Hart Attack, the next installment in her romantic suspense series.  After I read the first book, Winters Heat, I knew this was a series I would follow.

Outside of Titan Group, there are few people that Roman Hart would die for. He’s a soldier, a protector, and he’s haunted that one of the people he should’ve been able to protect didn’t let him. That was years ago, and now a hardened heart and a cocky attitude are his impenetrable shields, until one woman—one challenge—drives him to distraction.

On the outside, Beth Tourne has it all. Luxury car, gorgeous condo, and a job partying with the rich and famous. It’s a plush CIA cover, but she wants more. Anything for an adrenaline rush that can override her guilty numbness and let her forget the tragedy she never saw coming.

Their scars make them perfect operatives. Their mirrored pasts give them deep, wounded reasons to stay alone. But the more they ignore the tension, the more vulnerable they become. Survival means trust. In one another, behind closed doors, and on the job. The only way they’re making it out alive is if they find peace while waging a war.

END_OF_DOCUMENT_TOKEN_TO_BE_REPLACED 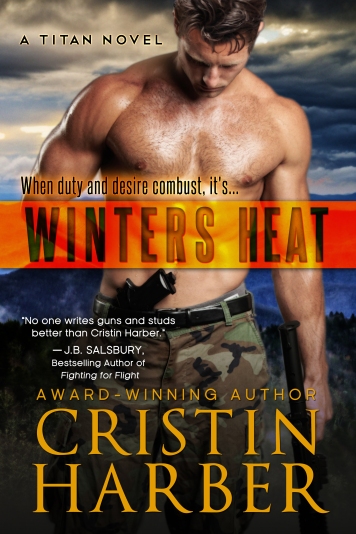 After putting her life on the line to protect classified intelligence, military psychologist Mia Kensington is on a cross-country road trip from hell with an intrusive save-the-day hero. Uninterested in his white knight act, she’d rather take her chances without the ruggedly handsome, cold-blooded operative who boasts an alpha complex and too many guns.

Colby Winters, an elite member of The Titan Group, has a single objective on his black ops mission: recover a document important to national security. It was supposed to be an easy in-and-out operation. But now, by any means necessary becomes a survival mantra when he faces off with a stunning woman he can’t leave behind.

When Titan’s safe houses are compromised, Colby stashes Mia at his home, exposing his secret—he’s the adoptive father of an orphaned baby girl. Too soon, danger arrives and Mia lands in the hands of a sadistic cartel king with a taste for torture. As hours bleed into fear-drenched days, Colby races across the globe and through a firestorm of bullets to save the woman he can’t live without.