Keeping Up With Author Kaylea Cross

If you read romantic suspense novels, you may already be a fan of Kaylea Cross. She is one of my favorite military romantic suspense authors. I’ve been following her Titanium Security and her Bagram Special Ops series even though I’ve fallen behind now and really need to catch up. Although she has finished Titanium Security, she has started a new series: Hostage Rescue Team and has just released book one, Marked, which I wanted to share with you. 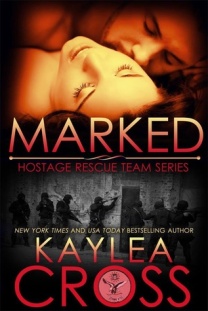 When danger lurks behind a familiar face…

Successful architect Rachel Granger loves her job and her life, but when a terrorist on the FBI’s most wanted list targets her, there’s only one man she can trust. She hasn’t seen Jake in years but her former college friend told her he’d always be there for her and she definitely needs him now. Even though her feelings for him go far deeper than friendship and just being around him risks her heart, she would do anything to keep those she loves safe from a madman bent on unleashing hell.

Only one man from her past can help

FBI Special Agent Jake Evers made the biggest mistake of his life when he let Rachel slip through his fingers over two years ago. It doesn’t matter that he hasn’t seen her since then—if she needs him, he’ll be there. When he learns that she’s the target of a domestic terror cell, he’ll do everything in his power to keep her safe. He’s never gotten over her and won’t risk losing her again now that she’s reappeared in his life. But the threat is more widespread than they realized and now it’s a race against time to keep her and scores of innocent civilians alive.

Read an Excerpt from Marked 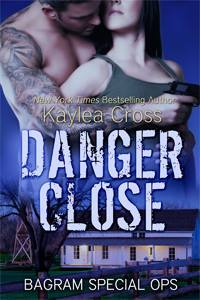 The most dangerous threats of all…

Partway through her third deployment to Bagram, Army nurse Lt. Erin Kelly is burned out and headed for a well-deserved leave back home in Montana. But when a mysterious stranger shows up and unintentionally drags her into harm’s way with him, she suddenly finds herself an unwitting target of the U.S.’s number one high value target: the notorious American-born terrorist known as Rahim. Now stuck in a CIA safe house with the sexy operative, it’s impossible to ignore the explosive attraction between them…or to forget that death is stalking them both.

Are the ones you don’t see coming.

CIA operative Wade Sandberg is a man caught between worlds. He’s spent the past three years living deep undercover amongst the enemy, infiltrating the network of the U.S.’s most wanted terrorist—until the kidnapping of a high-ranking American official forced him to blow his cover. Officially sidelined from the investigation to bring down Rahim, Wade knows he’ll never be able to work in the region again. When he’s sent back stateside with Erin, keeping his hands off her proves to be even harder than making the transition back into western civilization. And when Rahim takes his revenge by unleashing a devastating attack on U.S. soil, Wade will do everything in his power to protect the woman he loves and destroy the man who’d once trusted him with his life.

If you’re also a fan of Kaylea or have read any of her work, I’d enjoy getting  your thoughts and feedback as well!