Today, I’m excited to share with you the latest release in Summer Lane’s post-apocalyptic Collapse Series. After reading the first three books, I’ve been looking forward to this next installment. If you are unfamiliar with the series, I’ve included a link to my review of the third book that also provides a general overview of the series.  Below you can read an excerpt from State of Pursuit, check out the author’s guest post explaining her viewpoint for killing off characters, and enter the giveaway to celebrate the release of the book. 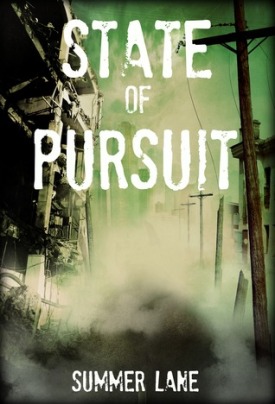 Her Commander and the love of her life, Chris Young, has gone missing in action. A horrific battle with Omega has left too many good men and women dead, and Cassidy must bear the burden of leadership in the militia on her own.

But she’s not about to give up.

With the help of her faithful friends – and former enemies – she will stop at nothing to rescue Chris and ensure victory for the militias in their fight against the all-powerful Omega forces.

The game has shifted.

This time, Cassidy is one step ahead of the enemy.

This time, Cassidy is in charge.

Here’s the thing that nobody tells you about being in love:

Anything good in life takes work, and lately, a lot of blood, sweat and tears. My relationship with Chris Young has always been defined not just by mutual attraction, but by the fact that we were brought together in the middle of a post-apocalyptic warzone.

Flowers and dinner dates? Never had those.

Wartime hardship has always been the dominating factor in our romance. It’s what brought us together, it’s what’s kept us together, and now…it’s what has torn us apart. Being separated from Chris is more difficult for me than being separated from my father. Because through everything, Chris has been the one that has kept my feet on the ground. He’s been the one to protect me, train me, and teach me how to survive. The fact that I’m still alive is a testament to his skillset, not mine.

And not knowing if he’s alive or dead is killing me. 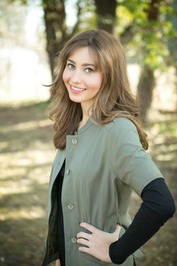 Summer Lane is the author of the national bestselling Collapse Series, which currently includes State of Emergency, State of Chaos, State of Rebellion and State of Pursuit. She owns WB Publishing, Writing Belle, and is the founder of The Art of Storytelling, a creative writing curriculum program for children. She is also a creative writing teacher and journalist.

Summer lives in the Central Valley of California, where she spends her time writing, teaching, and writing some more. When she is not writing, she enjoys leisurely visits with friends at coffee shops, watching movies, reading, and visiting the beach.

“On the Subject of Killing Characters”

When you write a series of books, you might be surprised at how many people will take the time to write to you and ask you questions about the fate of the characters. After book three, a group of readers were a bit distraught over the fate of one character in particular (I won’t spoil it, just in case you haven’t read State of Rebellion yet!). Unfortunately, sometimes a character must be sacrificed for the good of the story.

However, I’m not the kind of author to kill off the most beloved characters in my novels, because 1) I’m too attached to them to do that and 2) that doesn’t necessarily add quality to my story, just shock. In the end, I think that quality always beats shock value, and it’s important to only kill off a supporting cast member if it moves the story forward. So I only do that if I think it’s adding to the story, not taking away from it.

In State of Pursuit, the likelihood that somebody is going to die is much higher than any of the other books. Cassidy is essentially taking a rescue team on a suicide mission, and casualties are expected. I won’t give anything away, but I’ll just say that Cassidy is faced with some tough choices, and I think she responded in a way that will surprise the readers. Cassidy is growing up!

Blitz-wide giveaway
Prize – Open INTL except the signed copy prize:
1 ecopy of Outage, by Ellisa Barr
1 ecopy of Aberrant by Ruth Silver,
1 ecopy of The Road by G. Michael Hopf
1 ecopy of Land of the Unaltered by Leti Del Mar
1 ecopy of Flappers, Flasks and Foul Play by Ellen Mansoor Collier
1 Signed Paperback of Destiny Gift by Juliana Haygert (U.S. residents only for the paperback)

Review of State of Rebellion (Collapse # 3)