As a fan of romantic suspense novels, the Black Swamp Mysteries series caught my attention, and I like that this series doesn’t necessarily have to be read in sequence. Read on to learn more about the book, see the author’s dream cast for the series and enter the giveaway!

The Pendulum Files by p.m. terrell

Black Swamp Mysteries # 5 (Can be read out of order) 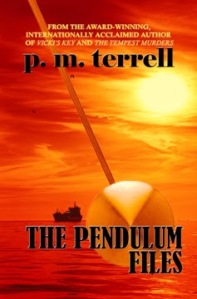 Irishman and CIA operative Dylan Maguire joins psychic spy Vicki Boyd for another harrowing adventure, this time on the high seas. Merchant ships en route from China to the United States are being bombed, plunging America into critical shortages. It’s Dylan’s and Vicki’s jobs to find out who is bombing them and why. Their mission takes them into Black Sites, covert activities and international politics. And while the romantic side of Dylan ramps up his relationship with Vicki, they find themselves in the crosshairs of a hired assassin, which not only places their lives in danger but also that of their unborn child.

And now p.m. terrell’s Dream Cast for ‘The Pendulum Files’ 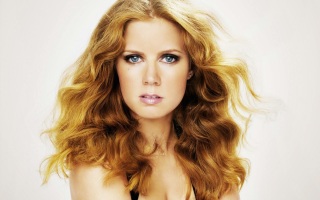 There’s Vicki Boyd, the CIA psychic spy who is the “good girl”, the one who always tries to stay inside the lines. When I think of Vicki, I always picture Amy Adams.

Vicki’s sister, Brenda Carnegie, is just the opposite: a computer genius but a bad girl, one who prefers to tread on the dark side, the one who loves danger and who can be sexually charged. I know Lindsay Lohan would do an awesome job.

The charming, handsome Irishman Dylan Maguire is more difficult to cast. Black hair, hazel eyes, muscular, romantic, kind and caring but a CIA operative who can kill when necessary—Dylan’s character is intentionally complex. Kevin Ryan, an Irish actor from Dublin, would be awesome. 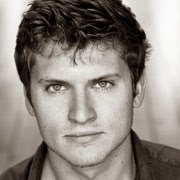 Christopher Sandige is an anti-hero; a political strategist more accustomed to a desk than murder; tall, wiry, brown hair and expression-filled eyes. A romantic, hopelessly in love with Brenda even though he knows trouble is always half a step behind her. And yet, when the situation warrants it, he can shoot to kill, fight with the best of them… and keep Brenda under control. Tom Weston-Jones would be my pick.

Sam Mazoli is the CIA supervisor who manages Vicki and Dylan. Multi-faceted, he is gruff, he is no-nonsense, he’s the kind of boss that can have employees quaking. He can also be unintentionally funny and uncharacteristically surprising: the crotchety man who murmurs sweet nothings to his very feminine Persian cat, the brusque supervisor who frets over sick angelfish. There’s never been any doubt in my mind who should play him: Robert De Niro.

p.m.terrell is the internationally acclaimed, award-winning author of more than 18 books, including Vicki’s Key, a 2012 International Book Awards and 2012 USA Best Book Awards finalist and River Passage, winner of the 2010 Best Drama Award. A full-time writer since 2002, p.m. previously founded and operated two computer companies with a specialty in computer crime and computer intelligence. Her clients included the CIA, United States Secret Service and the Department of Defense as well as local law enforcement agencies. Her expertise in computers and intelligence often finds its way into her books. She is also the co-founder of The Book ‘Em Foundation and founder and chair of The Book ‘Em North Carolina Writers Conference and Book Fair, which raises money to increase literacy rates. As a hobby, she raises freshwater angelfish – the same thing her characters do as their front for the CIA. For more information about p.m.terrell, visit www.pmterrell.com and for more information on the upcoming Writers Conference, visit www.bookemnc.org.

p.m. terrell is giving away! 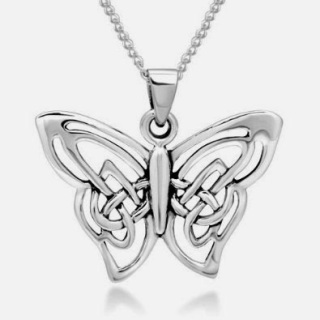