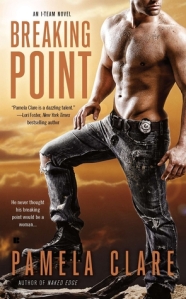 While investigating border violence in Ciudad Juárez, Mexico, Denver journalist Natalie Benoit is caught in a bloody ambush and taken captive. Alone in the hands of ruthless killers, she will need every ounce of courage she possesses to survive.

Betrayed by another operative, Deputy U.S. Marshal Zach McBride has endured a week of torture and interrogation at the hands of a bloodthirsty Mexican drug cartel. Ready to give his life if he must, he remains unbroken—until he hears the cries of an American woman.

Although Natalie is only a voice in the darkness of their shared prison, her plight brings renewed strength to Zach’s battered body. With her help, he overpowers their captors, and they flee through the desert toward the border, the attraction between them flaring hotter than the Sonoran sun.

But past loss and tragedy leave both of them reluctant to follow their hearts, even when the passion between them reaches its breaking point. Faced with feelings neither expected, they fight to stay ahead of the danger that hunts them as forces more powerful than they can imagine conspire to destroy them both…

Breaking Point is the first book I’ve read by this author, and, wow, it was a great romantic suspense!  Now I understand why so many of my friends are fans of the I-Team series.

The plot is fully-developed with non-stop action practically throughout the entire book as journalist Natalie Benoit and U.S. Marshal Zach McBride escape captivity from a demented drug lord, Cardenas, who thrives on rape, torture, and murder. The danger doesn’t stop there, though, once Zach and Natalie cross the border to the U.S.  Natalie’s life is still in danger, and even though Zach doesn’t think a relationship between them will work, he continues to remain in her life, determined to protect her until Cardenas is caught.

Zach, Natalie, and other characters featured in previous I-Team books work together to figure out why a Mexican drug lord is intent on killing Natalie, a local Denver journalist with no connection to Cardenas and his operations. The story kept my interest as I anxiously waited for all of the antagonists and their motives to be revealed. The tension and suspense build to a riveting climax where the fear and terror are palpable.

Natalie is one of my favorite heroines. She’s intelligent, courageous, resourceful, and she doesn’t take unnecessary chances that will leave her vulnerable to attack. Zach is an ideal, but tortured hero who is confident and competent in doing battle with his enemies, but runs away from the inner demons that continue to plague him.  It will take a lot of patience and love for Natalie to hold onto any hope they can have a future together. Zach has managed to awaken feelings in Natalie that she thought could never be resurrected. In the midst of all of the danger, Zach and Natalie are able to help each other work through the grief that has consumed their lives.  The chemistry between them is explosive, and their romance sizzles with passion.

Even though I hadn’t read any of the previous I-Team novels, I was able to follow the plot without feeling lost or confused.  This book can be read as a standalone, and if you enjoy romantic suspense, I highly recommend Breaking Point. 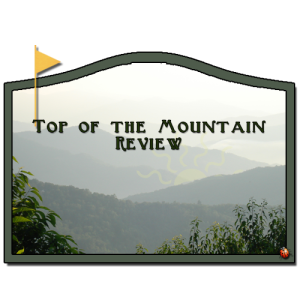 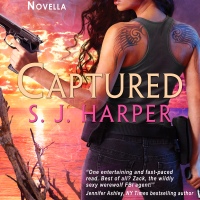 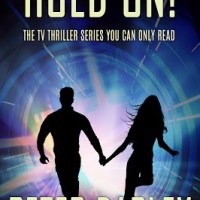